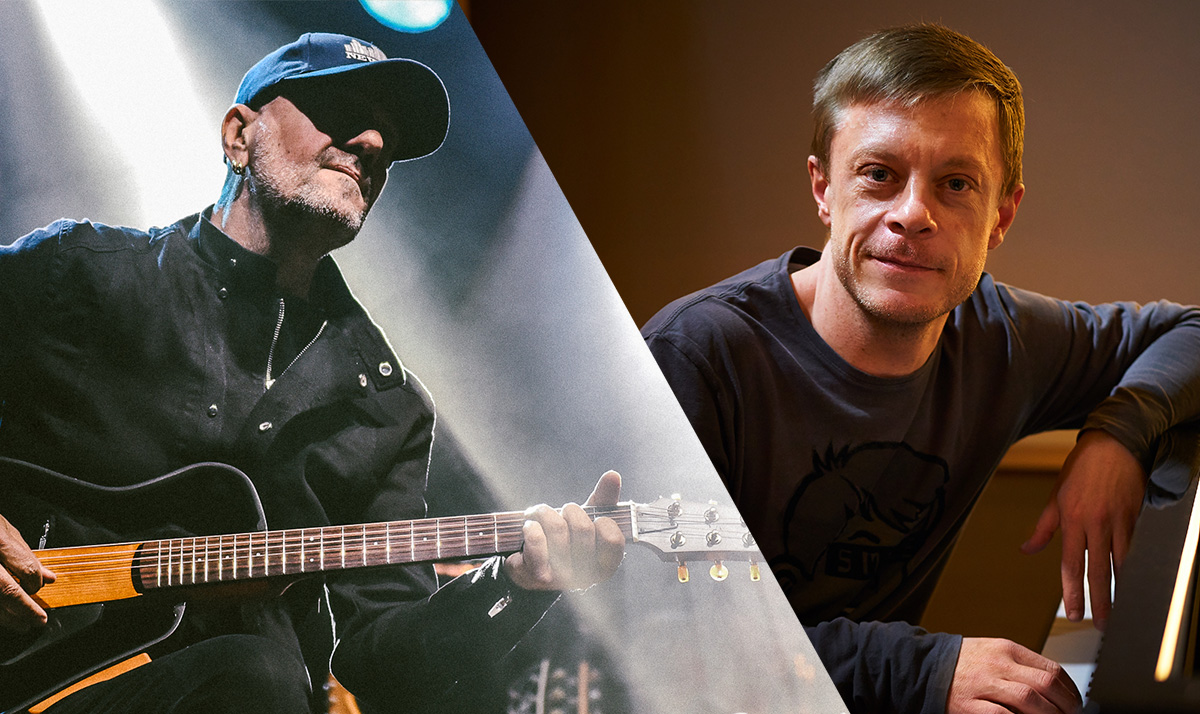 Macedonian guitarist Vlatko Stefanovski and Croatian pianist Matija Dedić, two greats of the regional music scene, excellent instrumentalists and composers, will perform as a duo for the first time. They will unite their talents and rich musical experience on December 20 in the Kombank Hall for the audience of this year’s Belgrade Jazz Festival performing original compositions and some musical surprises.

Macedonian guitarist and composer Vlatko Stefanovski (1957, Prilep) achieved an impressive career in the former Yugoslavia with the band Leb i sol. They released 14 albums, filled halls across the country, and performed worldwide, securing Vlatko a cult status among music lovers with his skills.

A significant part of the group Leb i sol consisted of instrumental compositions with elements of jazz-rock and musical motifs inspired by Macedonian folklore. Stefanovski continued to explore the same ground after the band’s breakup, using the freedom of a solo artist to express himself in different ways, acoustically and electrically, in the waters of rock, jazz, classical and folk tradition. Since 2007, he holds the honorary art Ph.D. title from the University of Saints Cyril and Methodius in Skopje.

The long list of artists he has worked with includes Bojan Zulfikarpašić, Teodosi Spasov, Manu Katche, Tony Levin, Tommy Emmanuel, Stochelo Rosenberg, Jan Akkerman, Vasko Atanasovski and Kudsi Erguner, among others. He also performed with numerous symphony orchestras and philharmonics (London, Leipzig, Monte Carlo, Vienna, Sofia, Ljubljana, Skopje). He performed at the Belgrade Jazz Festival only once, in 1989, with the band Leb i sol.

Pianist and composer Matija Dedić (1973, Zagreb) is the leading Croatian jazz musician of today. To prove this, he can show not only a bunch of Porins (over twenty-five), but also by the impressive discography in the company of world jazz masters, as well as constant concert activity (solo, trio, Gabi Novak, Zoran Predin, Tamara Obrovac…).

The son of prominent Croatian artists Arsen Dedić and Gabi Novak studied in Graz, and upon his return to Croatia first worked with the Boilers Quartet then founded his trio. In 2002, he was among the Young Pianists Competition finalists at the Montreux Jazz Festival in Switzerland. He released three albums accompanied by American rhythm sections, with Larry Grenadier and Jeff Ballard, Vicente Archer and Kendrick Scott, and Scott Colley and Antonio Sanchez. He also recorded with Thomas Bramerie and Manu Katche and Johannes Weidenmüller, Jonathan Blake and Chris Cheek. He released solo albums with original music and arrangements of compositions by Arsen Dedić and Zlatan Stipišić Gibonni.

He performed at the Belgrade Jazz Festival three times: with the trio in 2005, with Gabi Novak in 2009, and at the “Three Sides of Jazz” art evening in 2016, in the company of Vasil Hadžimanov, Joris Teepe and Gene Jackson.