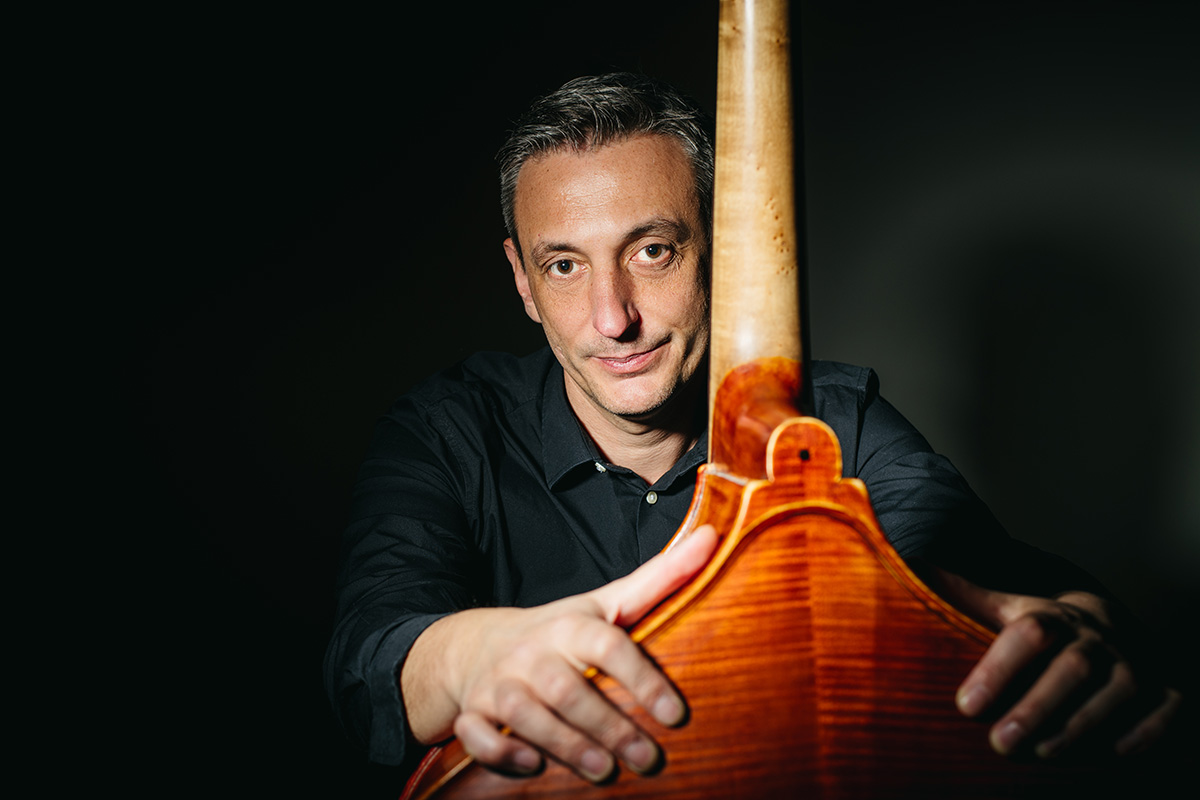 Double bassist and composer Nenad Vasilić (1975, Niš) studied at the Graz Jazz Academy before settling in Vienna. He has been leading his own quintet since 1998. At first, the central place in the band’s repertoire was inspired arrangements of popular folk songs and gradually shifted to original compositions written in the spirit of folk tradition. Describing his music, Vasilić avoids defining it as Balkan Jazz, allowing extracts of jazz, folklore, classical, heavy metal, rock, or world music in it. He recorded eleven albums under his own name.

In 2014, he was appointed Ambassador for Integration in the Cabinet of Sebastian Kurz, and in 2018, Creative Ambassador of the “Serbia Creates” platform, within the Council for Creative Industries project of the Government of the Republic of Serbia. Vasilić is also the winner of the “Vojin Mališa Draškoci” award for 2017 by the World Music Association of Serbia. In April this year, he became a full professor at the Jazz Institute in Berlin and the head of the Double Bass Department. Vasilić premiered at BJF in 2012, in the formation of a quartet. This time he presents the Bass And Strings project, with new composition arrangements from his rich body of work.