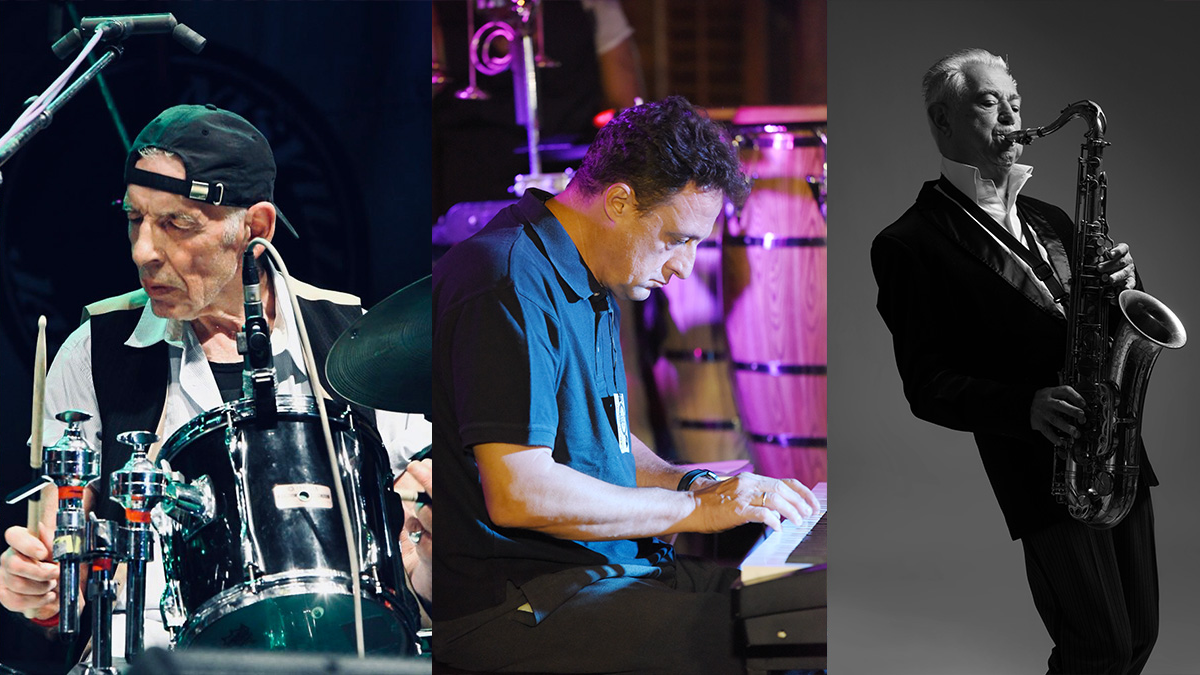 As a sign of the Belgrade Jazz Festival’s rich musical legacy, the Great Hall of the Youth Center on December 21 will host some of Serbian jazz’s greatest legends. Distinguished musicians, saxophonist Jovan Maljoković, drummer Lazar Tošić and pianist Vlada Maričić, with their bands will be joined with renowned guests, reminding us of the Serbian jazz scene’s great era.

Saxophonist, composer and arranger Jovan Maljoković (1943, Valjevo) is one of the most prolific artists in Serbian jazz’s history. After living in Western Europe, Scandinavia and the USSR, he led ensembles of various formats, interested mainly in combining jazz, Balkan folklore and Cuban music. He performed with his ensemble in Switzerland, Germany, France, Austria, Luxembourg and Greece. He began his recording career in 1985 to release thirteen albums, the most of all our domestic jazz artists.

During his career, Maljoković collaborated with numerous local jazz, pop and rock musicians. He was a member of the second line-up of the legendary Balkan Impressions band led by Lale Kovačev. For four years, he was a soloist in the Goran Bregović Wedding and Funeral Orchestra. He was one of the founders and long-term artistic director of YU Jazz Fest in Valjevo.

Maljoković first performed in the Belgrade Jazz Festival’s main program as a soloist of the Dance Orchestra of RTV Novi Sad, in 1981. He led his ensembles three times, in 1983, 1990 and 2012, all three times in the Great Hall of DOB. He also accompanied Ana Sofrenović, Jenny Evans & Hannes Beckman and performed with Balkan Impressions.

Drummer Lazar Tošić (1941, Kraljevo) came to Belgrade as a teenager and soon joined the Sasa Radojčić Trio, becoming an active member of the generation that established club jazz life in the city. He then spent seven years in Germany, returning with great experience and new ambitions.

In 1974, he joined the RTB Jazz Orchestra, where he spent two decades and contributed to the ensemble’s newer stylistic aspirations with his playing. He was also a member of the most influential small ensemble in the SFRY history, the Marković-Gut Sextet (1980-1985). In 1987, he founded the Lazar Tošić Quintet, following the previous group’s genre path, deep in hard-bap waters. During the 1990s, Tošić’s mostly worked in the Belgrade club “Plato”, as one of the rare oases of good music, positive spirit and dignity in difficult times.

Lazar Tošić holds the undisputed record for the number of participations in the BJF among all musicians living in Serbia. He performed three times with the Marković-Gut Sextet, accompanied Nada Knežević, Joe Lee Wilson, Tony Scott and Roberta Sweed, and at least seven times played a member of the RTB Jazz Orchestra. In 2007, he performed with his quintet to celebrate two decades of the band’s existence.

Pianist and composer Vlada Maričić (1965, Šabac) has been active on the jazz scene since 1985, first with his Art Bop Quintet, then as a member of Lazar Tošić’s quintet. In 1988, he participated in the ZG Jazz Fair with his trio, then moved to London for two years. At the recording debut Ornaments (1990), he indicated the concept of mixing jazz and Balkan folklore he explored in his later career. The album Prelo (2003) brings this combination in the format of a quartet with the of St. George Strings. Later, Maričić added his interest in Roma music and Cuban rhythms, best expressed on the album Romano-Cubano (2005).

Maričić is one of Serbia’s most creative jazz authors, with ten released albums to date. He performed in Austria, Italy, Germany, France, Great Britain, Greece and Romania. He has been the artistic director of the Šabac Jazz and Blues Festival for many years, and in 2004 he took part in the organization of the Serbian Jazz Festival Step Across the Border in Vienna.

He performed at the Belgrade Jazz Festival three times: in 1990 with the Jazz Alliance, in 2005 with the Romano-Cubano project and was the opening act of the BJF 2016, when his special guest was the American trumpet player Brian Lynch.