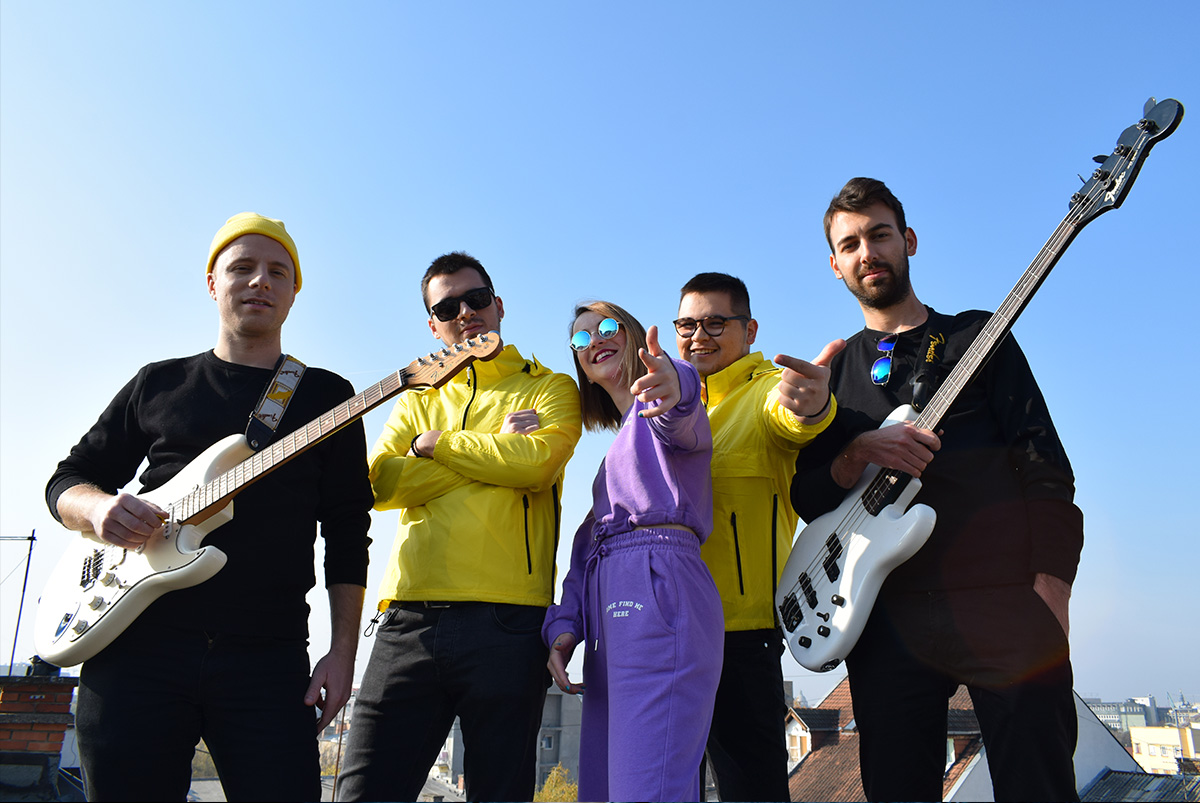 Gorica & The Grooveheadz is an ensemble of young musicians spontaneously gathered during their studies at the Faculty of Music Jazz Department. Singer-songwriter Gorica Šutić formed the band where she writes the music, arrangements and lyrics. Their sound eludes genre determinants, but jazz, soul, groove, and electronics are apparent. This ensemble is mainly dedicated to the author’s work, and their repertoire includes arrangements of existing songs adapted to their sensibility and sound. Gorica Šutić appears twice on the album Mozaik, the first compilation of recordings of the FMU Jazz Department students: first with the MING Vocal Quartet, in Wayne Shorter’s “Black Nile”, then in an exciting interpretation of the jazz standard “After You’ve Gone” with the student octet arranged by Vladimir Nikolov.

What else can one add to such an “ancient” song like “After You’ve Gone” after all the beaming renditions by Marion Harris, Bessie and Satchmo, Ella, Dinah and Judy Garland, Cécile McLorin Salvant? But Gorica Šutić did not follow any of those beam lights, she followed her own instinct to shine with composed improvisation after the opening and instrumental solos. (from the review of the album Mozaik, by Vojislav Pantić)